How to Look (and Feel) Good on Camera

One of my favorite episodes of the television show Happy Endings is when the lead character Dave films his first commercial for his food truck. The actor who played Dave, Zach Knighton, expertly brings out every uncomfortable look, stutter, jitter, sweat, and awkward eye-lock in his portrayal of Dave Not Being Comfortable On Camera. It makes for the worst fiction commercial in the world. And it cracks me up every time. Because I can relate.

I filmed my first video in 2010 and, while it wasn’t quite at Dave levels, let’s just say I took it off the Internet a couple years ago.

It was fine. It got me to where I am today. But I wasn’t all that comfortable on camera to begin with. It certainly wasn’t a video you’d watch and think, “That girl is going to host a TV show for four years and host live webinars every week.”

I was a writer. Not a TV host. I was comfortable with words, not smiling at this weird device.

WHY PUSH YOURSELF TO BE COMFORTABLE ON CAMERA?

What kept me filming a video for my blog once a week?

It was the people I knew I was speaking to on the other end. I was talking about things I knew could help other people, and I knew some people preferred to get their information through a video. I wanted to reach those people too.

So I kept practicing and kept learning. And I got better. So much so that a few years later a couple of producers reached out to me to host their new TV show. And around the same time a global company reached out and hired me to write and host custom videos for them. What?!

Even if you’re not comfortable on camera at first, it doesn’t mean you shouldn’t ever go on camera again.

Even Dave got better.

After Dave screens his hilariously horrible commercial to his friends, one friend offers to help him do it over and they film a new one. This time, instead of Dave talking awkwardly to the camera, he’s at ease and himself and tells a story about him and his dad and their food adventures.

His friend knew that the key to helping Dave film a good commercial was taking the camera pressure off. In the first commercial Dave was directed to look into the camera and “sell” his food truck. This time, all he had to do was answer questions his friend asked him about his life and what inspired him to start his own food truck in the first place.

That is the secret to being comfortable on camera. You don’t even need to read the rest of this article. Just go watch Happy Endings Season 2 Episode 6 “Lying Around.”

WHY PEOPLE STRUGGLE BEING ON CAMERA

The weirdness in front of a camera that Zach Knighton so brilliantly displays in the first commercial comes from that awkward feeling you get the first time you try to play make believe and realize you’re no longer a kid anymore.

Being on camera does require a bit of make believe.

On some level being comfortable on camera is being able to imagine the real people on the other end. You don’t want to imagine a huge quantity of people– that kind of make believe will freak you out even more. But you do want to imagine that the camera is one person. One friend. One who really likes you.

When you’re on camera, forget about all the rude people and commenters on the Internet. They don’t even watch really, they just comment. The person who is really watching, the person you’re really talking to, is one person who likes you.

There are a million other things they could be doing right now. And they’re watching you on camera! That’s awesome. Remember that as the camera keeps rolling.

HOW TO BE CONFIDENT ON CAMERA

Make believe is one thing, but what if you still feel scared or overwhelmed or have that Dave-Rose-look in your eye? Here are some ideas to help!

1. HAVE A FRIEND STAND BEHIND THE CAMERA

Have you ever watched an amazing documentary where a regular person (i.e. not an experienced television host or actor) was being interviewed and it was wildly compelling? That is usually because there was someone behind the camera asking that person a question about his or her life.

If you’re struggling, ask a friend to ask you questions behind the camera and answer while looking at the friend, not the camera. Or you can even do an interview-style video and have your friend on camera.

2. MAKE YOUR OWN CUE CARDS

If you don’t have a friend available or if the idea of someone being in the room with you while filming would makes you even more nervous, then grab a piece of paper or some note cards and write questions for yourself and go through them on camera.

I also recommend writing down the number one thing you want to help someone with for that particular video and tape it to the bottom of your camera where you can see it the whole time.

Pro tip: The best thing you can do to be more comfortable on camera is to remind yourself why you’re doing this in the first place and who you are trying to help. The video is not really about you, and that is a relief.

When I did my first video back in 2010 I was terrified of being on camera. I didn’t know what to say, and I was not an “off-the-cuff” kind of person. I was a writer. So I started by writing things and then reading them.

I’d film on my computer and put my script in a free online teleprompter like this one. Luckily, I am good at reading in a way that doesn’t sound like I’m reading. So be careful with this one.

Test it out first to see if reading makes you more comfortable and that you’re also able to sound like you’re not reading.

If you’re really serious about getting better and more comfortable on camera then send a video to someone whose opinion you respect and ask for their help and honest feedback.

Don’t ask for critical feedback too soon though– start by just asking someone to watch a video and tell you their favorite part and why. Start by seeking feedback on what really resonates with people. This will build your confidence and help you know what to do more of in the future.

5. DO A SOCIAL MEDIA VIDEO EVERY DAY

If you’re really scared, just start small with temporary social media videos before making something that will “live” on the Internet for more than a day.

Find your favorite platform with temporary videos or live streaming and make it a goal to film yourself once a day or once a week. The only rule is that you must have fun. Don’t do what you think you’re supposed to do or model what other people are doing– just play around.

Flip that camera to show your face, and say something. Anything. Do what feels most fun and natural to you.

And then pay attention to how people react. It will surprise you– the more you are truly yourself and having fun, the more people will respond to and love your on-camera personality.

For me getting more comfortable speaking in front of people always has a positive effect on my comfort levels on camera. When you speak and can see people’s reactions it can help when it comes time for camera make believe.

Speak up at your next family gathering. Read a book to your favorite niece or nephew. Remind yourself that your voice has an impact, that it matters, and that it doesn’t have to be perfect.

7. START VIDEO CHATTING WITH YOUR FRIENDS

When I moved to San Diego from Florida it was difficult at first to keep up with my friends and family with the time zone change. One friend recommended this asynchronous video app to keep up with everyone.

And while I have the chance to talk on camera now more than I ever have before, what has really amazed me is how the varied personalities of all my family and friends (none of whom have any video or TV experience) have managed to film videos that come off as wildly compelling and engaging. This is especially considering that when they’re filming they’re technically talking to “no one” and yet when I watch it it feels like they’re talking to me, like I’m home for Christmas.

Try using it with a faraway friend as it’s a great way to get comfortable talking on a screen and will give you that make-believe practice better than anything else.

8. TEACH EVERYTHING YOU KNOW

The people who are best on camera are not the ones with shiny hair and perfect teeth or who smile as they say every word– anyone can be great on camera if they are asked to talk about something they really care about.

If you look into that pesky camera and talk about a thing that makes your heart race, a thing you think will help someone on the other end, then you really can’t go wrong even if you are still a little awkward or uncomfortable when you do it.

If that’s just who you are, then people will love it. They don’t care if you make mistakes. They just want to get something valuable for their time, and maybe make a connection with another human on a video.

So go forth and hit record and share what you know. There may be someone out there who needs it desperately, and they don’t need you to be 100% comfortable– they just need you to be brave. 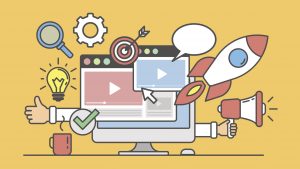 How Video Marketing Will Benefit Your Business In 2021 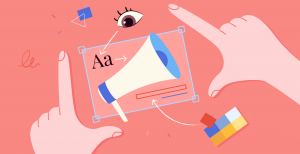